The Disappearance of Absence 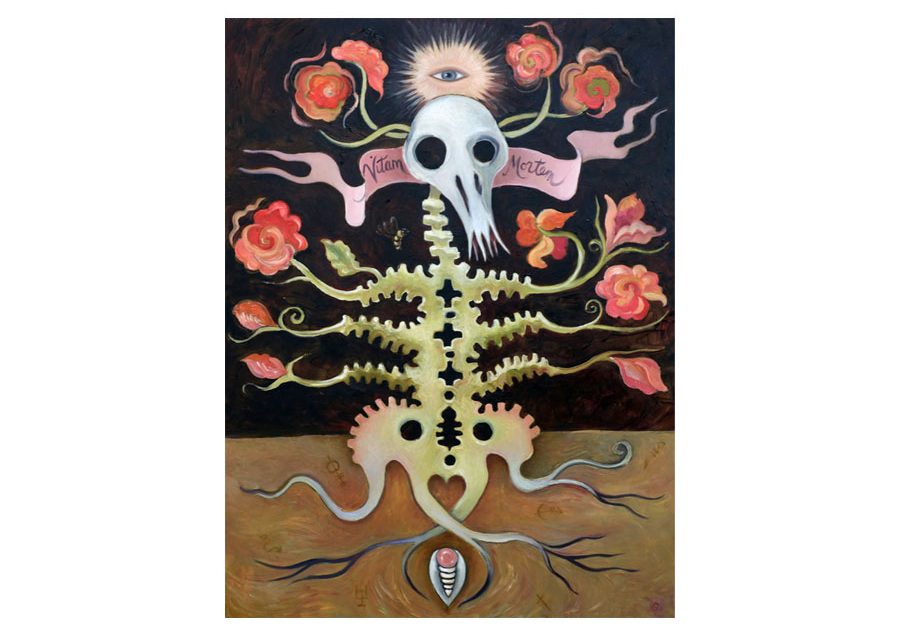 This painting was inspired by the Tarot 13 Death Card, a card that can evoke terror in those who may draw it, but which has a much more optimistic meaning. The Death Card lets us know that we are due for a change, the “death” in question meaning the end of something we are done with, or maybe something that is done with us. A relationship? Job? Living situation? Or even just a state of mind. Death in this case doesn’t mean an ending. Instead, it is the beginning of something new.

The semi-botanical skeleton in this painting is sprouting branches and flowers. The skull is modeled after an Aquilegia (Columbine), a flower that grows in shade. Underneath the plant’s roots is a chrysalis awaiting its own rise and transformation into something beautiful.

The eye that hovers over the skull represents a higher spirit rising above the material world, an alchemical idea about changing base elements into gold.

The phrase on the banner, Vitam Mortem, is Latin for “Life out of Death” or “Life from Death.”

The title is a double negative. Death, whether literal or figurative, is an absence of being, an empty hole in the lives of everyone who experiences it. The disappearance of this empty space marks the arrival of something new.

The Disappearance of Absence is 18″ x 24″ oil on cradled wood, available in my studio. 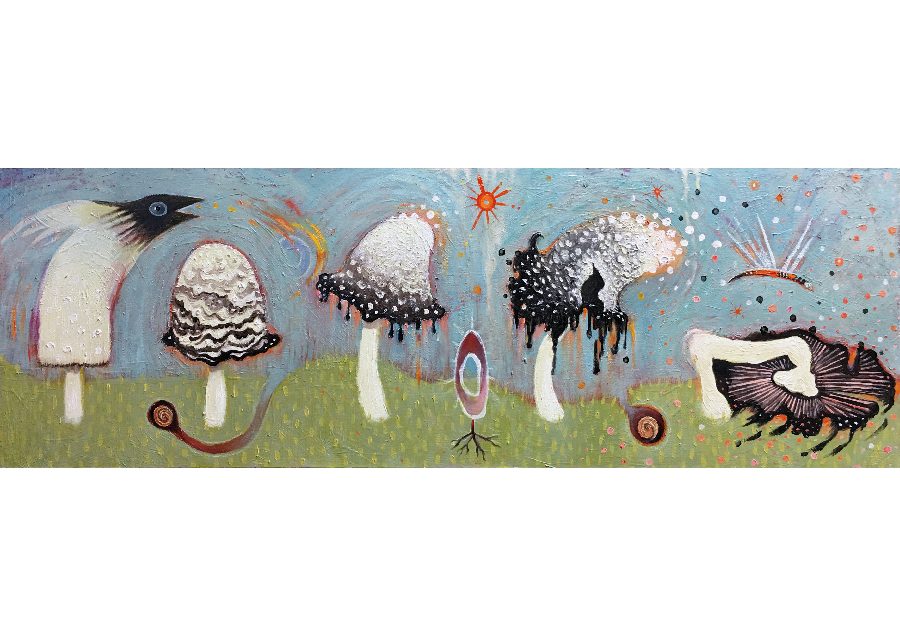 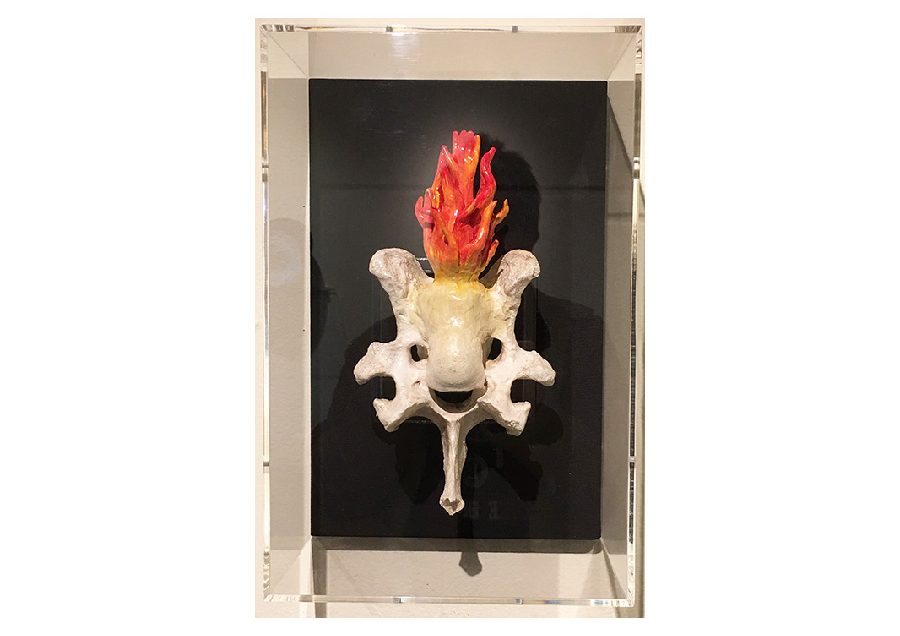